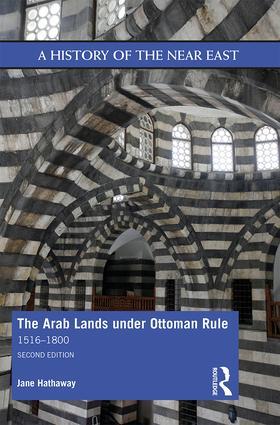 The Arab Lands under Ottoman Rule assesses the effects of Ottoman rule on the Arab Lands of Egypt, Greater Syria, Iraq, and Yemen between 1516 and 1800.

Drawing attention to the important history of these regions, the book challenges outmoded perceptions of this period as a demoralizing prelude to the rise of Arab nationalism and Arab nation-states in the nineteenth and twentieth centuries. As well as exploring political events and developments, it delves into the extensive social, cultural, and economic changes that helped to shape the foundations of today's modern Middle and Near East. In doing so, it provides a detailed view of society, incorporating all socio-economic classes, as well as women, religious minorities, and slaves. This second edition has been significantly revised and updated and reflects the developments in research and scholarship since the publication of the first edition.

Engaging with a wide range of primary sources and enhanced by a variety of maps and images to illustrate the text, The Arab Lands under Ottoman Rule is a unique and essential resource for students of early modern Ottoman history and the early modern Middle East.

This new edition … is a substantial modification of the 1st ed., incorporating new scholarship and reworking discussions of key topics.  For a key example, the chapter "Religious and Intellectual Life" has been completely rewritten while the chapter on “marginal populations” has been recast as two chapters on “non-normative populations.”

Chapter 2: The Ottoman Conquest of the Arab Lands

Chapter 3: The Organization of the Ottoman Provincial Administration

Chapter 4: Crisis and Change in the Seventeenth Century

Chapter 9: Non-Normative Populations I: Non-Muslims; the Poor and Disabled

Chapter 11: Ideological and Political Changes in the Late Eighteenth Century (and Afterward)

“I am very pleased to see a new edition of The Arab Lands under Ottoman Rule, 1516-1800, an essential text for courses on the history of the Ottoman Empire and the early modern Middle East. In addition to introducing readers to the political structure and developments in the region, this clearly written and engaging text offers rich descriptions of the social and cultural lives of a wide range of people in the Arab provinces of the Ottoman Empire. ?Hathaway's revisions include the careful incorporation of recent scholarship and restructuring of several chapters; her expansion of the discussion about ?non-normative populations, which is now two chapters, is especially welcome.”-- Corinne Blake, Rowan University, USA.