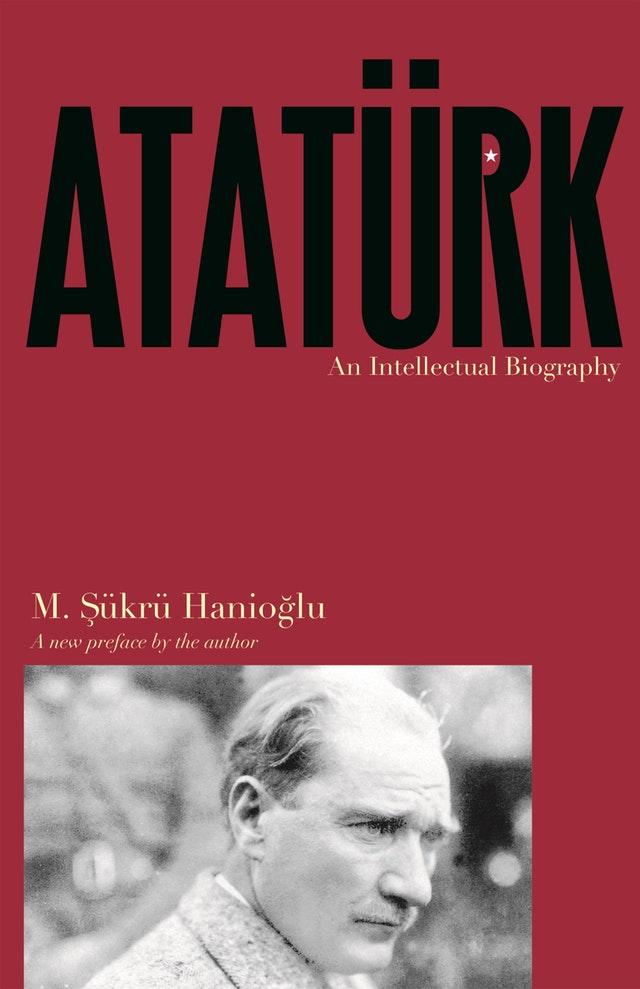 Author
M. Şükrü Hanioğlu
Publication Year
2011
Abstract
"When Mustafa Kemal Atatürk became the first president of Turkey in 1923, he set about transforming his country into a secular republic where nationalism sanctified by science—and by the personality cult Atatürk created around himself—would reign supreme as the new religion. This book provides the first in-depth look at the intellectual life of the Turkish Republic's founder. In doing so, it frames him within the historical context of the turbulent age in which he lived, and explores the uneasy transition from the late Ottoman imperial order to the modern Turkish state through his life and ideas.   Shedding light on one of the most complex and enigmatic statesmen of the modern era, M. Sükrü Hanioglu takes readers from Atatürk's youth as a Muslim boy in the volatile ethnic cauldron of Macedonia, to his education in nonreligious and military schools, to his embrace of Turkish nationalism and the modernizing Young Turks movement. Who was this figure who sought glory as an ambitious young officer in World War I, defied the victorious Allies intent on partitioning the Turkish heartland, and defeated the last sultan? Hanioglu charts Atatürk's intellectual and ideological development at every stage of his life, demonstrating how he was profoundly influenced by the new ideas that were circulating in the sprawling Ottoman realm. He shows how Atatürk drew on a unique mix of scientism, materialism, social Darwinism, positivism, and other theories to fashion a grand utopian framework on which to build his new nation." TABLE OF CONTENTS List of Figures and Tables
A Note on Transliteration and Personal and Place Names
Turkish Pronunciation Guide
Acknowledgments
Introduction Chapter 1. Fin-de-siècle Salonica
Chapter 2. Das Volk in Waffen: The Formation of an Ottoman Officer
Chapter 3. The Scientism of the Young Turks
Chapter 4. From Wars to the Great War: A Hero Is Born
Chapter 5. Muslim Communism? The Turkish War of Independence
Chapter 6. The Secular Republic
Chapter 7. Nationalism and Kemalism
Chapter 8. Turkey and the West
Conclusion Bibliography
Index   Reviews and Endorsements   "[T]his intellectual biography is a significant achievement, and indispensable for anyone seeking to understand the roots of modern Turkey."—Times Higher Education   "Atatürk does not lack for biographers, most of whose books are adulatory, but none has so thoroughly brought to life the ideological climate that molded the man as has Hanioglu. And few have presented Atatürk with such objectivity."—Foreign Affairs   "In this timely and brilliantly articulated book, Hanioglu reaffirms the need for an intimate understanding of historical context in biographical research. . . . This rich and exhaustively researched study is indispensible for academics and students of Turkish and Middle Eastern studies alike. It is the definitive biography of Atatürk and an instant classic in the field."—Douglas H. Garrison, Digest of Middle East Studies   "M. Sükrü Hanioglu's latest book, Atatürk: An Intellectual Biography, is probably the best book on Atatürk's legacy and his historic role. . . . Hanioglu managed to combine both impartiality and immediate access to Turkish sources to produce a classic."—Herkül Millas, Today's Zaman   "This book breaks new ground in seeking to determine what Ataturk's reforms actually meant for their creator instead of trying to fit together his policies into a coherent doctrine called Ataturkism, as others have done. It is an important addition to the literature on the republic that Ataturk sought to define, and was determined to create."—Clement Dodd, Journal of Islamic Studies   "Professor Hanioglu has developed a well-informed and in-depth theoretical account, perhaps the most successful so far, of the ideological elements that shaped the ideas and mindset of Mustafa Kemal (later Atatürk). Although readers may be tempted to pass over yet another Atatürk biography, I would urge them to read this one. . . . [T]he present study will undoubtedly become an indispensable tool to historians of modern Turkey. It will be widely consulted by anyone seeking to understand not only the historical roots of modern Turkey, but also the present conditions in that society. Professor Hanioglu's essential biography places Atatürk firmly within his historical and intellectual contexts, offering to the public a solid, well-written and comprehensive study."—Nikos Christofis, New Middle Eastern Studies   "Hanioglu examines the development of his political philosophy in the context of historical events, allowing for better comparison between Ataturk's accomplishments and other statesmen of his time. Because of the care the author shows in establishing the international context, this book will be of interest to any student of political ideologies and the emergence of nation-states between the wars."—Christianne Gates, History   "This is the best book on Mustafa Kemal Atatürk ever written. Hanioğlu deals with virtually every single aspect of Atatürk's biography without drowning in the partisan battles surrounding it. I am certain that this powerful book will become a classic."—Cemil Aydin, author of The Politics of Anti-Westernism in Asia   "Hanioğlu has produced a work that is both accessible and intellectually stimulating. It is safe to say that there are few scholars alive today who are able to provide the rich historical perspective on Atatürk's life that Hanioğlu provides here."—Benjamin C. Fortna, author of Imperial Classroom: Islam, the State, and Education in the Late Ottoman Empire
Publisher
Princeton University Press
City
Princeton, NJ
Category
Faculty Books