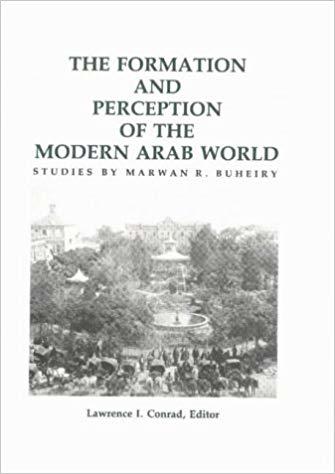 The Formation and Perception of the Modern Arab World: Studies

This volume presents a selection of twenty-seven studies by the late Marwan R. Buheiry, whose premature death in 1986 deprived Arab scholarship of one of its most original and stimulating thinkers.

An avid student of political power, economics, and the arts, he was keenly aware of the finer nuances of language and diplomacy, had a marvellous grasp of the theory and practice of economics, and was endlessly fascinated by the possibilities inherent in the history of art. A scholar of uncompromising integrity, he was a tireless advocate for a critical and comprehensive approach to historical problems.

Buheiry had been an active participant in the lively interchange of ideas that was characteristic of the Beirut intellectual scene, and many of his studies appeared in French or Arabic in publications rarely encountered outside the Arab world and not found in the collections of even major centres of Arabic Middle Eastern studies in the West. This volume draws together the most important of these essays and presents Buheiry’s scholarship to a much wider audience. Many of these essays appear in English for the first time and are taken from the original and hitherto unpublished English versions found among the author’s papers.

The essays and articles reprinted in this volume fall under four main themes: European perceptions of the Orient; the superpowers and the Arab world; the economic history of the Middle East; and intellectual and artistic history. In all these themes Buheiry was concerned with the unravelling of illusions. Though himself unattached to any ideology or creed, he was sensitive to the impact that such attachment could have on the lives of others. His work reflects the depth and sophistication of his analysis of historical developments, the breadth of his interests and expertise, and his ability both to achieve new insights from already familiar sources and to appreciate the historical potential and importance of previously unexploited material and data. The essays republished in this volume are thus important not only for their specific conclusions, but also for the way in which they suggest possibilities for further research.

PART I – European Perceptions of the Orient

PART II – The Superpowers and the Arab World