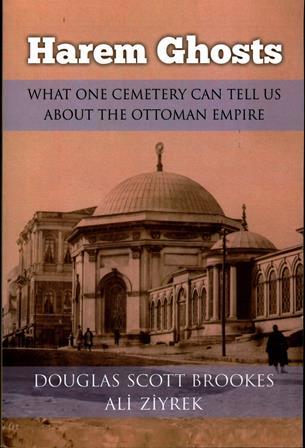 Harem Ghosts: What One Cemetery Can Tell Us About the Ottoman Empire

Book
Abstract
“Since 1840 countless visitors to Turkey’s metropolis have passed this beautiful building and its garden graveyard without, it seems to me, realizing the gems of architecture and culture that await discovery within its dignified walls. Now, over a century and a half after the tomb arose on the heights above the Golden Horn, we have a guide that unlocks the secrets it holds.” —H.I.H. Prince Osman Selaheddin Osmanoğlu

In vivid and engaging style, Douglas Brookes uses the royal tomb of Sultan Mahmud II as a window onto the past, exploring the insights the tomb reveals about Ottoman culture in its splendid last decades. Woven into the tale are the life stories of the Turkish royals and harem concubines interred in the mausoleum, and the illustrious Ottomans buried in the tomb’s garden: the statesmen, admirals, generals, and palace eunuchs who ran the Ottoman Empire, but also the musicians, artists, and poets who shaped its cultural life. The first in-depth study of Istanbul’s most prestigious burial ground, Harem Ghosts leads the reader through the enchanting site that began as the tomb for one monarch but evolved into the national pantheon of the Ottoman Empire— “the Ottoman Westminster Abbey”—at the heart of the city.

Douglas Scott Brookes teaches Ottoman Turkish at the University of California, Berkeley. His other books include The Concubine, the Princess, and the Teacher: Voices from the Ottoman Harem. Ali Ziyrek, Museum Researcher at the Istanbul Directorate of Tombs, is the author of The Sultan Ahmed Mosque.

Pride of the City

3. The Cemetery as Window

The Path to the Tomb

4. The Dynasty in the Tomb

5. From Garden to Graveyard .