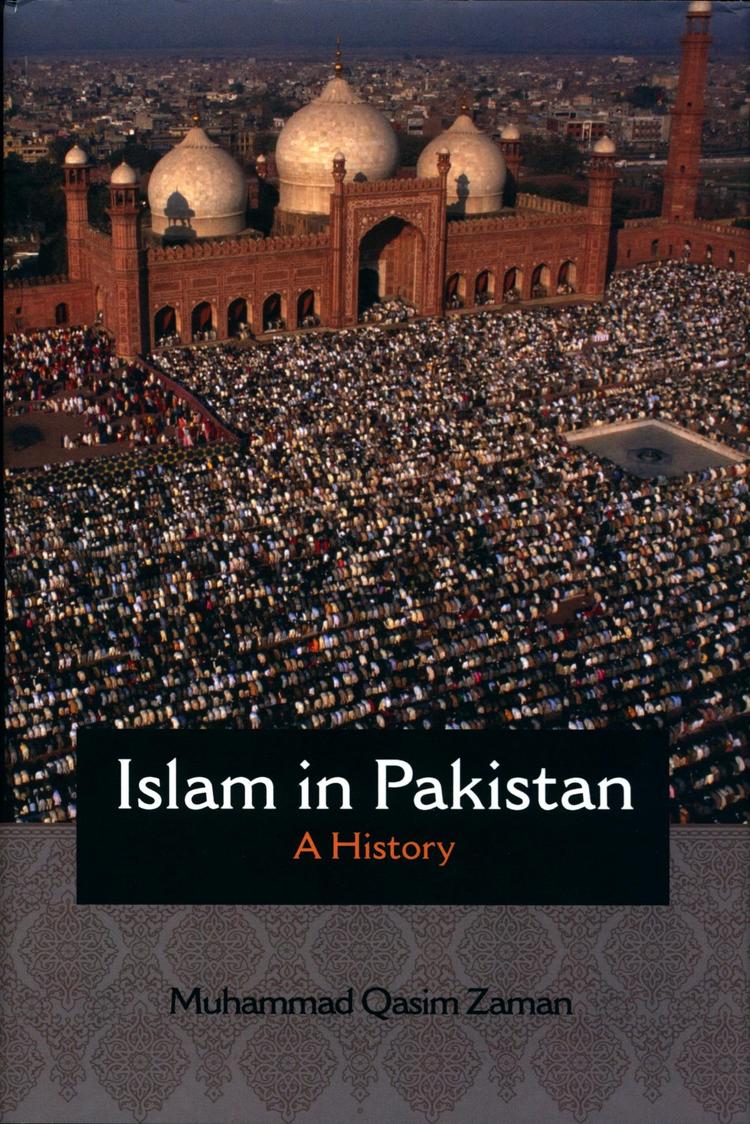 Islam in Pakistan: A History

The first modern state to be founded in the name of Islam, Pakistan was the largest Muslim country in the world at the time of its establishment in 1947. Today it is the second-most populous, after Indonesia. Islam in Pakistan is the first comprehensive book to explore Islam's evolution in this region over the past century and a half, from the British colonial era to the present day. Muhammad Qasim Zaman presents a rich historical account of this major Muslim nation, insights into the rise and gradual decline of Islamic modernist thought in the South Asian region, and an understanding of how Islam has fared in the contemporary world.

Much attention has been given to Pakistan's role in sustaining the Afghan struggle against the Soviet occupation in the 1980s, in the growth of the Taliban in the 1990s, and in the War on Terror after 9/11. But as Zaman shows, the nation's significance in matters relating to Islam has much deeper roots. Since the late nineteenth century, South Asia has witnessed important initiatives toward rethinking core Islamic texts and traditions in the interest of their compatibility with the imperatives of modern life. Traditionalist scholars and their institutions, too, have had a prominent presence in the region, as have Islamism and Sufism. Pakistan did not merely inherit these and other aspects of Islam. Rather, it has been and remains a site of intense contestation over Islam's public place, meaning, and interpretation.

Examining how facets of Islam have been pivotal in Pakistani history, Islam in Pakistan offers sweeping perspectives on what constitutes an Islamic state.

A Note on Transliteration, Spelling, Abbreviations, and Other Conventions • xi
Maps ■ xiii

Chpater 5        Religious Minorities and the Anxieties of an Islamic

"This book presents an unprecedented study of the sometimes violent debates about Islam in Pakistan. Zaman is refreshingly original in showing how such debates continue being shaped by modernist thinking, even among its enemies and while modernism’s liberal spokesmen have themselves been increasingly marginalized in Pakistani society."—Faisal Devji, University of Oxford

"Surveying moral, intellectual, and legal debates between clerics, Sufis, politicians, and terrorists, Zaman’s peerlessly comprehensive book grapples with such contested issues as the retraction of Islamic modernism and the consequences of Islamist violence. Via archives and texts in Arabic and Urdu, this work of courageous and meticulous scholarship lays bare Pakistan’s competing conceptions of Islam."—Nile Green, author of Terrains of Exchange: Religious Economies of Global Islam

"The strength of this book lies in its broad and deep engagement with a wide variety of interpreters of Islamic thought in Pakistan, tracking the contours of the debates and arguments among them. A tour de force."—David Gilmartin, North Carolina State University

"Islam in Pakistan is an excellent book that explores the distinctive features of the religious ideas and practices, legislation, and policy reforms in the modern state carved out of colonial India."—Ebrahim Moosa, University of Notre Dame