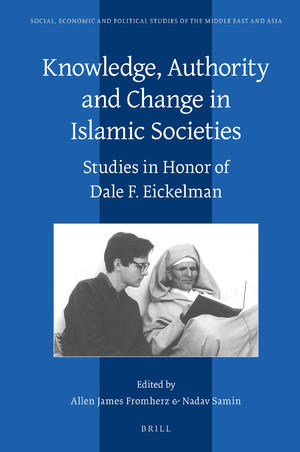 Senior scholars of Islamic studies and the anthropology of Islam gather in this volume to pay tribute to one of the giants of the field, Dale F. Eickelman. In diversely arrayed, rigorous and compelling chapters, leading historians, anthropologists, and political scientists elaborate through their own original research on Dale’s unique contributions to the study of the modern Muslim world. Eickelman’s reflections on the diverse intellectual traditions of Muslim societies and the scholars and laypersons who enact them remain defining as a framework for intellectual inquiry into the modern Muslim world and the profound changes that are transpiring within it.