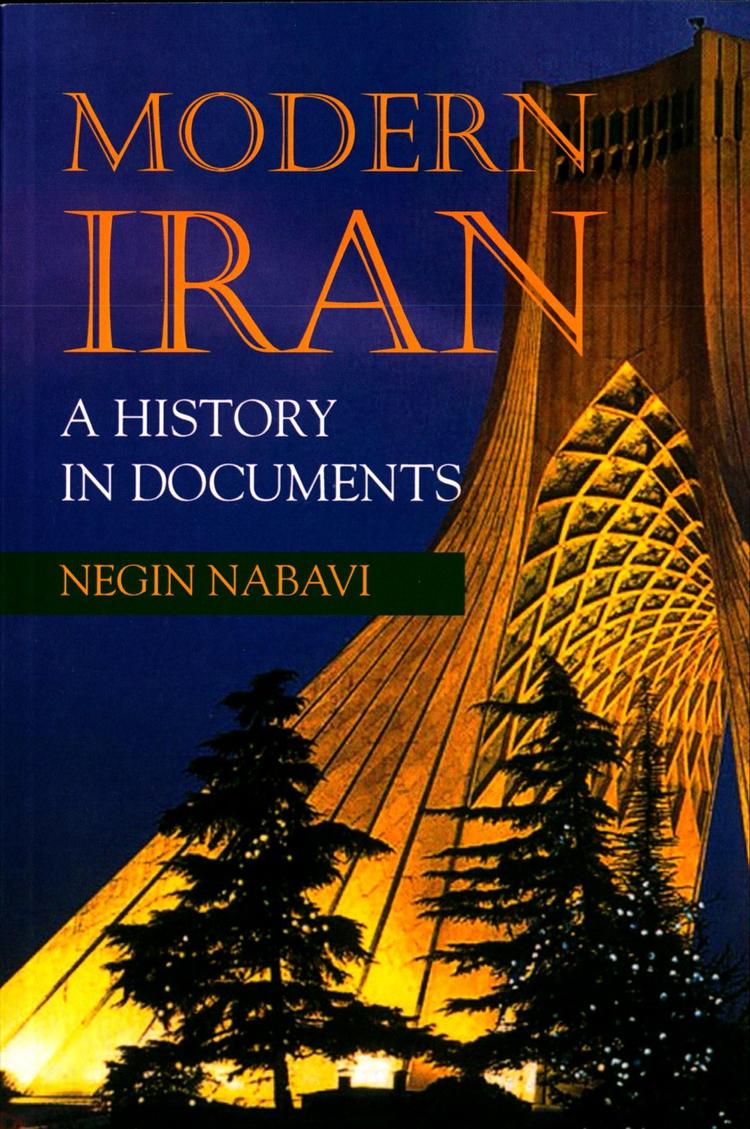 Modern Iran: A History in Documents

Covering the period from the early nineteenth century to the present day, Modern Iran: A History in Documents brings   together primary sources in translation that shed light on aspects of the political, social, cultural, and intellectual history of   modern Iran. It makes use of a combination of documents that include newspapers and the periodical press, diaries, memoirs,   letters, speeches, and essays that have been translated here for the first time from Persian. It focuses on the momentous   changes that society went through, encompassing not only political events and developments but also ideas, perceptions, and   mindsets.

As a result, in addition to well-known texts of major diplomatic conventions, this book also includes lesser-known   passages   that describe the reception of and response to major developments on the part of different segments of society, both   men and   women. The book is divided into ten chapters, with the last one bringing together documents that offer insights into   recent   events; these documents include contrasting viewpoints expressed in the Iranian press regarding the nuclear agreement   reached in 2015 between Iran and six world powers.

CHAPTER 1: QAJAR RULE, SOCIETY, AND THE GREAT POWERS
Images from the Qajar Court and Courtiers, Daily Life, and Changing Times
1. The Month of Fasting (at Naser al-Din Shah’s Court)
2. Ramazan and Gambling
3. Two Instances of Bread Riots in Tehran
4. Schooling and the Role of Akhunds in Everyday Life
5. Coffeehouses in Tehran
6. Roads, Railways, and Changing Times

Regarding Injustice, Seyyed Jamal al-Din, and the Assassination of Naser al-Din Shah

Expressions of Reform, Social Criticism, and Dissent
1. The Book of Reforms
2. The Book of Ahmad
3. The Travel Diary of Ebrahim Beg

CHAPTER 3: CONSTITUTION AND CONSTITUTIONALISM: DEBATES AND DEVELOPMENTS
The Decree Granting a Constitutional Government in 1906

Newspapers, Freedom of the Press, and Censorship
1. “Two or Three Sensible Words on the Responsibility of Journalists and the Press,” Neda-ye Vatan, August 25, 1907
2. “The Discussions of Molla Nasreddin with Shaikh Bohlul,” Neda-ye Vatan, January 3, 1907
3. “Half an Hour at the Dar al-Fonun,” Sur-e Esrafil, June 6, 1907

Expressions of Disillusionment with the Constitutional Experiment
1. The Hanging of Shaikh Fazlollah
2. “The Lack of Progress towards the Objectives of the Nation,” Amuzegar, July 18, 1911

Expectations and Initial Optimism in the Early Years Following Reza Khan’s Coup d’État
1. “Proposals Once Again,” Nameh-ye Banovan, June 12, 1921
2. An Account of a Meeting between Iran-e Javan and Reza Khan in the 1920s

Unveiling and Its Consequences
1. Reza Shah’s Statement on the “Day of Unveiling, January 8, 1936”
2. The Experience of Mandatory Unveiling
3. Sadiqeh Dawlatabadi’s Speech Regarding the Veil, October 1944

Years of Increasing Autocracy in the 1930s
1. Disillusionment with Reza Shah in the Words of `Ali Dashti
2. Bozorg Alavi and the “Group of Fifty-Three”

The Electoral Law of 1952 and the Question of Women’s Enfranchisement: The Letter of Sadiqeh Dawlatabadi to Mohammad Mosaddeq (ca 1951)

The Establishment of the Rastakhiz Party

CHAPTER 6: INTELLECTUALS, ISLAM, AND THE SEARCH FOR “CULTURAL AUTHENTICITY”
Jalal Al-e Ahmad
1. Excerpts from Occidentosis
2. Excerpts from On the Service and Betrayal of Intellectuals

Third-Worldism and Cultural Authenticity
1. Manuchehr Hezarkhani on the Question of Culture in the Anti-Imperialist Struggle
2. Excerpts from Khosrow Golesorkhi’s Self-Defense at His Trial, January 1974

CHAPTER 7: THE MONTHS LEADING TO THE 1979 REVOLUTION
“Iran, and the Colonialism of the Red and the Black,” Ettela’at, January 7, 1978
“I, Too, Have Heard the Voice of Your Revolution”: The Text of Mohammad Reza Pahlavi’s Address to the Nation, November 5, 1978
The Proceedings of the Council of the Commanders of the Royal Armed Forces,  January 29, 1979
“Why Do I Oppose the Islamic Republic?” Ayandegan, January 15, 1979

“Accepting the UN Resolution Is More Deadly to Me than Drinking a Cup of Poison!”: Ayatollah Khomeini’s Statement on Accepting a Ceasefire with Iraq According to UN Resolution 598, July 20, 1988

The Open Letter of the Commanders of the Revolutionary Guards to Mohammad Khatami, July 1999

“The Danger That Threatens [Both] the ‘Islamic’ and ‘Republican’ Components of the Islamic Republic,” March 31, 2014

About “One Million Signatures Demanding Changes to Discriminatory Laws”