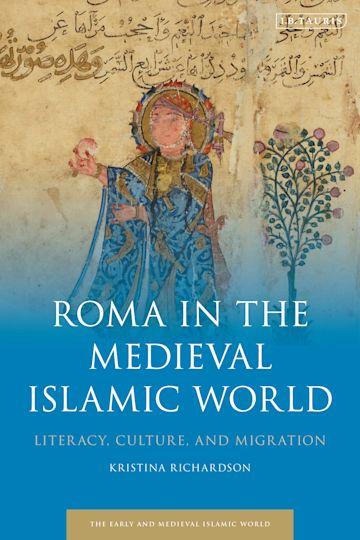 Roma in the Medieval Islamic World

In Middle Eastern cities as early as the mid-8th century, the Sons of Sasan begged, trained animals, sold medicinal plants and potions, and told fortunes. They captivated the imagination of Arab writers and playwrights, who immortalized their strange ways in poems, plays, and the Thousand and One Nights. Using a wide range of sources, Richardson investigates the lived experiences of these Sons of Sasan, who changed their name to Ghuraba' (Strangers) by the late 1200s. This name became the Arabic word for the Roma and Roma-affiliated groups also known under the pejorative term 'Gypsies'.

This book uses mostly Ghuraba'-authored works to understand their tribal organization and professional niches as well as providing a glossary of their language Sin. It also examines the urban homes, neighborhoods, and cemeteries that they constructed. Within these isolated communities they developed and nurtured a deep literary culture and astrological tradition, broadening our appreciation of the cultural contributions of medieval minority communities. Remarkably, the Ghuraba' began blockprinting textual amulets by the 10th century, centuries before printing on paper arrived in central Europe. When Roma tribes migrated from Ottoman territories into Bavaria and Bohemia in the 1410s, they may have carried this printing technology into the Holy Roman Empire.

This book is nothing short of a radical remapping of the Global Middle Ages that decenters sedentary peoples and refuses territorial partition. Kristina Richardson brilliantly illuminates the sophisticated literary, technological, and intellectual cultures of the Ghuraba' (Strangers), the Roma, and other traveling communities as they moved along the margins of Afro-Eurasian societies between the eighth and the sixteenth centuries. Methodologically wide-ranging and analytically bold, Roma in the Medieval Islamic World will change the way we write medieval history. * Professor of History and International Studies, Zayde Antrim, Trinity College, USA

"In this brilliant work, Dr. Kristina Richardson illustrates the fundamental importance of studying peoples that transcend geographical and cultural boundaries. Attention to the 'marginal' Ghuraba' across time and space shows them to be anything one of the major groups responsible for facilitating Afro-Eurasian cultural exchange. Of the many notable contributions of this work, her intervention in the history of the printed book is a stunning contribution to the field. Through meticulous linguistic and material analysis, she shows that the Ghuraba' are the most likely candidates for the transmission of 'print culture' from East Asia to the West. Her findings are sure to win many converts and provide a new methodological approach for exploring the vital importance of minority groups to the emergence of Afro-Eurasian material cultures." * Devin Fitzgerald, Curator of Rare Books and History of Printing, UCLA, USA *