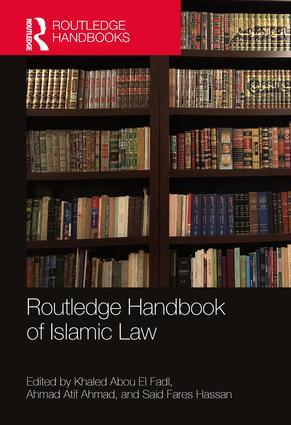 This handbook is a detailed reference source comprising original articles covering the origins, history, theory and practice of Islamic law. The handbook starts out by dealing with the question of what type of law is Islamic law and includes a critical analysis of the pedagogical approaches to studying and analysing Islamic law as a discipline. The handbook covers a broad range of issues, including the role of ethics in Islamic jurisprudence, the mechanics and processes of interpretation, the purposes and objectives of Islamic law, constitutional law and secularism, gender, bioethics, Muslim minorities in the West, jihad and terrorism.

Previous publications on this topic have approached Islamic law from a variety of disciplinary and pedagogical perspectives. One of the original features of this handbook is that it treats Islamic law as a legal discipline by taking into account the historical functions and processes of legal cultures and the patterns of legal thought.

With contributions from a selection of highly regarded and leading scholars in this field, the Routledge Handbook of Islamic Law is an essential resource for students and scholars who are interested in the field of Islamic Law.

Chapter I: Approaches and the state of the field. Ahmad Atif Ahmad

Chapter 3: Balancing this world and the next: Obligation in Islamic law and jurisprudence. Omar Farahat

Chapter 6: The Qurʾan and the Hadith as sources of Islamic law. Amr Osman

Chapter 7: The emergence of the major schools of Islamic law/madhhabs. Labeeb Ahmed Bsoul

Chapter 14:  Ijtihād and taqlīd: Between the Islamic legal tradition and autonomous western reason. Sherman A. Jackson

Chapter 15: Legal traditions of the “Near East”: The pre-Islamic context. Lena Salaymeh

Chapter 16: The place of custom in Islamic law: Past and present. Ayman Shabana

Chapter 17: Jihad, sovereignty and jurisdiction: The issue of the abode of Islam. Ahmed Al-Dawoody