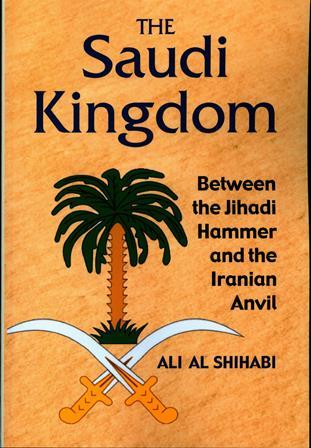 The Saudi Kingdom: Between the Jihadi Hammer and the Iranian Anvil

"The Saudi Kingdom  presents a candid and insightful analysis of Saudi Arabia’s political instability in light of the mounting domestic and international challenges facing the country today. Directly addressing Saudi Arabia’s inert monarchical ruling system, its foundational alliance with the Wahhabi establishment, and its increasingly dangerous environment populated with a diverse set of enemies, Ali al Shihabi, an insider of the ruling circles and a political analyst, looks at the prospects for the survival of this opaque monarchy and suggests ideas for reform that may help it better withstand the turbulent winds of change. The book explores the history of modern Arabia, the Wahhabi ulema, the jihadi threat, the anger of today’s youth, the mystique of state power, the Iranian rivalry, and the country’s challenges to the Gulf States."

Chapter 2. The Study of Saudi Politics

Chapter 4.The house of Saud

Chapter 5. The Wahhabi Ulema and the Jihadi Threat

Chapter 7. The Mystique of State Power

Chapter 8. The Price of a Saudi Collapse

Chapter 9. The Risk to the Arab Gulf States

Chapter 11. The Yemenis are Coming

Appendix A. The History of the House of Saud

Appendix B. The Wahhabi Movement