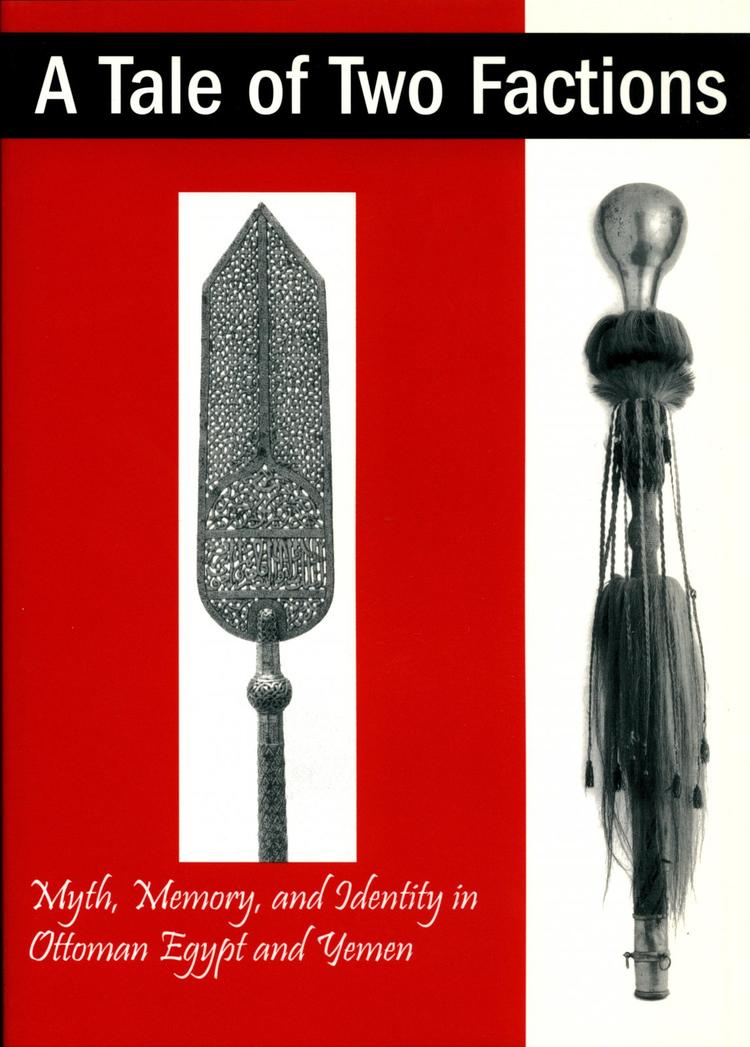 A Tale of Two Factions: Myth, Memory, and Identity in Ottoman Egypt and Yemen

Winner of The Ohio Academy of History Publication Award

Reevaluates the foundation myths of two rival factions in Egypt during the Ottoman era.

This revisionist study reevaluates the origins and foundation myths of the Faqaris and Qasimis, two rival factions that divided Egyptian society during the seventeenth and eighteenth centuries, when Egypt was the largest province in the Ottoman Empire. In answer to the enduring mystery surrounding the factions' origins, Jane Hathaway places their emergence within the generalized crisis that the Ottoman Empire—like much of the rest of the world—suffered during the early modern period, while uncovering a symbiosis between Ottoman Egypt and Yemen that was critical to their formation. In addition, she scrutinizes the factions' foundation myths, deconstructing their tropes and symbols to reveal their connections to much older popular narratives. Drawing on parallels from a wide array of cultures, she demonstrates with striking originality how rituals such as storytelling and public processions, as well as identifying colors and emblems, could serve to reinforce factional identity.

Appendix: Origin Myths of the Factions

4. The Yemeni Connection to Egypt's Factions

5. Red and White: The Colors of the Factions' Banners

6. The Knob and the Disk—The Factions' Standards

7. Selim and Sudun in the Origin Myths

8. The Mulberry Tree in the Origin Myths

9. The Competitive Feasts of Qasim and Dhu'l-Faqar Beys

“…with skill, tact, and intellectual rigor [Hathaway] show[s] how Egypt functioned as an integral part of the Ottoman Empire in which multiple cultural and political forces … combined and intertwined to produce a specific kind of multilayered Ottoman social, cultural, and political milieu … It adds much to our understanding of one of the most significant social phenomena of Ottoman Egypt—the Faqari-Qasimi rivalry—and traces the important connections between Egypt and Yemen.” — MIT Electronic Journal of Middle East Studies

“Rather than simply laying out alternative narratives and interpretations of the evolution of faction and myth, Hathaway untangles some of the puzzles of identification that inhabit these narratives. Her work will prove significant not only for Ottoman and Mamluk specialists seeking concrete scholarly documentation but also for those exploring the historiography, literature, and politics of notables in other regions.” — Journal of Early Modern History

“Her work will prove significant not only for Ottoman and Mamluk specialists seeking concrete scholarly documentation but also for those exploring the historiography, literature, and politics of notables in other regions.” — Journal of Early Modern History

"An outstanding and original piece of historical work that is a tremendous addition to the historiography of the early modern Ottoman Empire." — Gabriel Piterberg, author of An Ottoman Tragedy: History and Historiography at Play

"Hathaway addresses a number of important questions: How do we understand the formation of political identities in the early modern period? In what ways do public rituals, folklore, and myths of origin factor into the formation of these identities? She elegantly draws us into the cultural world of an era that is gone and opens up new avenues for research on political culture in the early modern period." — Dina Rizk Khoury, author of State and Provincial Society in the Ottoman Empire: Mosul, 1540–1834