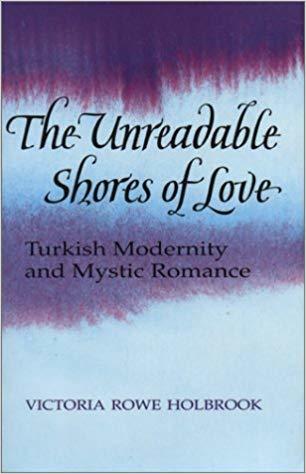 The Unreadable Shores of Love: Turkish Modernity and Mystic Romance

When the Ottoman Turkish Empire was divided into modern states after World War I, in Turkey a change of alphabet and radical linguistic reform aimed to free modern Turkish literature from intellectual ties to the East. Holbrook recuperates Ottoman debates on the existential status of language and social value of art with a poetics of Beauty and Love, the philosophical fairy tale in verse by Seyh Galib. Where does language come from? How does a poet conceive imagery? What rights to interpretive authority does Muslim law accord the individual when God's word is law? Holbrook's lively analysis ranges an intertext of genres in Arabic and Persian as well as Turkish. The romance of separated lovers is a paradigm of journeys that lead beyond discourse. A poet's quest for originality reveals an archaeology of modernism. Holbrook traces the revolutionary polemic and Orientalist philology that de-aestheticized Ottoman poetry, bringing the critique of Orientalism to bear upon the Ottoman center Orientalism suppressed.

“[Holbrook's] is one of the keenest and deepest critical minds in the field of Islamic literature. She provides for the reader (scholar and lay persona alike) fascinating insights into the genre, poetic functions, mystical allegory, narrative technique, audience response, etc. Many of her analyses are scintillating. . . . The Holbrook volume is a landmark in Ottoman literary scholarship.” --MESA Bulletin

“. . . a major contribution to Ottoman and Turkish literary study--I frankly am at a loss to describe how major. . . . Dr. Holbrook's book will make its own category and subsequent publication in the field will be judged in relation to it.” --Walter G. Andrews, professor of Near Eastern Languages and Civilization, University of Washington