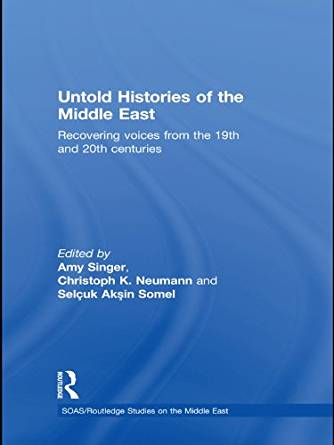 Untold Histories of the Middle East: Recovering Voices from the 19th and 20th Centuries

Much traditional historiography consciously and unconsciously glosses over certain discourses, narratives, and practices. This book examines silences or omissions in Middle Eastern history at the turn of the twenty-first century, to give a fuller account of the society, culture and politics.

With a particular focus on the Ottoman Empire, Turkey, Egypt, Iran and Palestine, the contributors consider how and why such silences occur, as well as the timing and motivation for breaking them. Introducing unexpected, sometimes counter-intuitive, issues in history, chapters examine:

Drawing on a wide range of sources and methodologies, such as interviews; newly-discovered archives; fictional accounts; and memoirs, each chapter analyses a story and its suppression, considering how their absences have affected our previous understandings of the history of the Middle East.