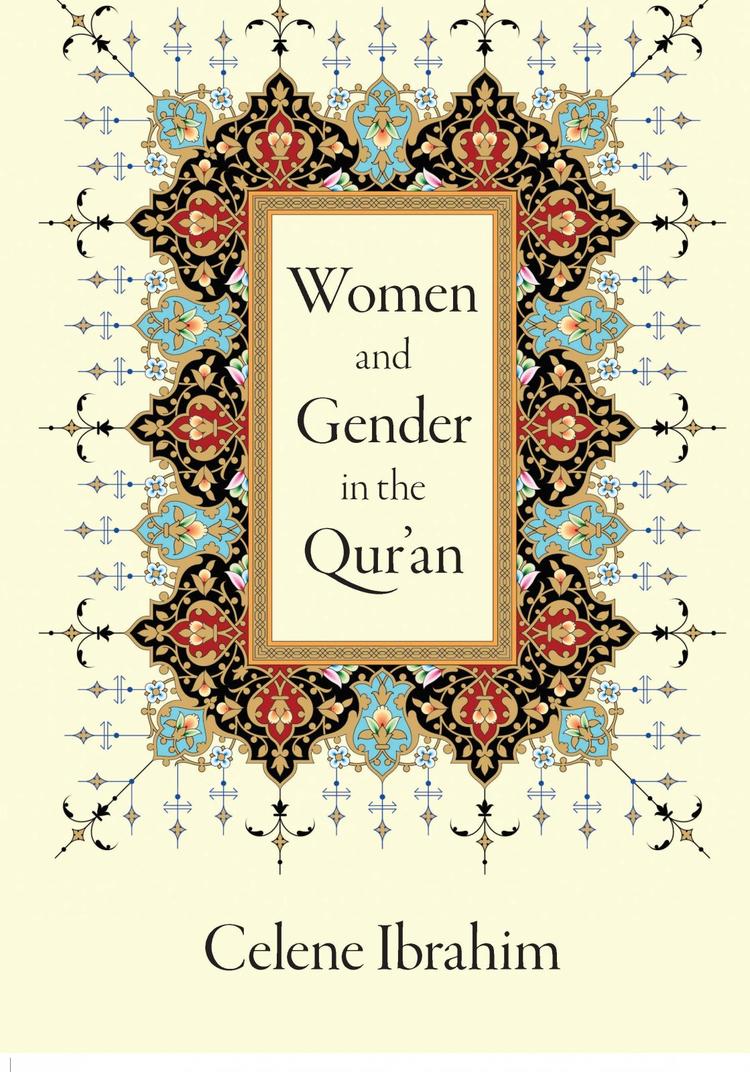 Women and Gender in the Qur'an

Stories about gendered social relations permeate the Qur'an, and nearly three hundred verses involve specific women or girls. The Qur'an features these figures in accounts of human origins, in stories of the founding and destruction of nations, in narratives of conquest, in episodes of romantic attraction, and in incidents of family devotion and strife. Overall, stories involving women and girls weave together theology and ethics to reinforce central Qur'anic ideas regarding submission to God and moral accountability.

Celene Ibrahim explores the complex cast of female figures in the Qur'an, probing themes related to biological sex, female sexuality, female speech, and women in sacred history. Ibrahim considers major and minor figures referenced in the Qur'an, including those who appear in narratives of sacred history, in parables, in descriptions of the eternal abode, and in verses that allude to events contemporaneous with the advent of the Qur'an in Arabia. Ibrahim finds that the Qur'an regularly celebrates the aptitudes of women in the realms of spirituality and piety, in political maneuvering, and in safeguarding their own wellbeing; yet, women figures also occasionally falter and use their agency toward nefarious ends. Women and Gender in the Qur'an outlines how women and girls - old, young, barren, fertile, chaste, profligate, reproachable, and saintly -enter Qur'anic sacred history and advance the Qur'an's overarching didactic aims.

"Is there sex in the Quranic paradise? And who are these grammatically feminine but possibly non-gendered beings who inhabit its otherworldly realms? Do Quranic representations of women's faith, wisdom, knowledge, differ from its representation of men's? These are just some of the questions which Ibrahim explores in this book, the first comprehensive survey in English of female figures in the Quran and an important contribution to scholarship." -- Leila Ahmed, Victor S. Thomas Professor of Divinity, Harvard University

"Ibrahim shines new light on gender in the Qur'an with a comprehensive analysis of its narratives about women. Drawing out unexpected resonances between stories, she highlights their underlying thematic coherence. Her focus on the ethical and didactic force of the stories will be compelling both for people of faith (Muslim and otherwise) and for scholars and students seeking a holistic gender-sensitive reading of the Qur'an." -- Marion Katz, Professor of Middle Eastern and Islamic Studies, New York University

"Women and Gender in the Quran is a fine analysis of female agency, faith, wisdom, knowledge and proximity to God in Islam. Celene Ibrahim, a major voice in conversations about Islamic leadership in the United States, argues persuasively in this book that even if women are not explicitly named as prophets, they often function to confirm God's words and promises in the Quran. This book a must read for anybody interested in understanding female figures in the Quran." -- Ousmane Kane, Prince Alwaleed Bin Talal Professor of Contemporary Islamic Religion and Society, Harvard University

"Celene Ibrahim's textual analysis and re-reading of sex, gender, and the female figures in the Qur'an is a timely and important contribution, which does not shy away from addressing difficult issues. It is welcome as a work of academic scholarship in the field of Qur'anic studies as well as one of Muslima theology." -- Karen Bauer, author of Gender Hierarchy in the Qur'an: Medieval Interpretations, Modern Responses